The Langley Sisters are the genuine article.  Gita, Rosie and Edie Langley have been singing and making music together since childhood.  Their close three-part harmony group heralds from the golden Hollywood age and they perform classic renditions of vintage hits whilst also putting a retro twist to the latest contemporary releases.

The Langley Sisters first release on ‘Velvet Blue Records’ gained fantastic press and radio play, KCRW named one if their tracks ‘Todays Top Tune’ and following that with an EP ‘Sirens and an album titled ‘Sing For My Supper’.

The Sisters have supported Paloma Faith, Jools Holland and Ed Harcourt on tour.

The girls were delighted to be asked to sing for an Absolute Radio session and perform their title track ‘Sing For My Supper’ which, Carl Barat of The Libertines was so taken with, he decided to record his own version for his EP ‘Death Fires’.

The Langley’s have performed at many of London’s finest venues and at Glastonbury Festival on the BBC Introducing stage.  They’ve wowed the crowd at The Barbican and in Gateshead and Dublin as part of ‘The Rogues Gallery’ where they performed vocals with Lou Reed, Suzanne Vega, Tim Robbins and Shane McGowan.

The Langley Sisters, surely one of the most aesthetically pleasing acts to have ever graced the Scala stage.  It was unlikely there was not a single person in the crowd that was not transfixed by this terrific trio 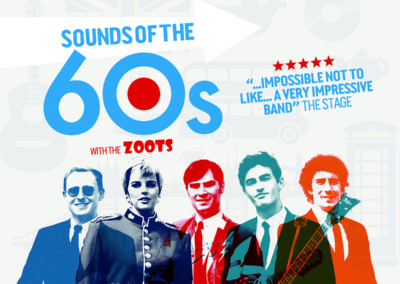