miss kiddy and the cads 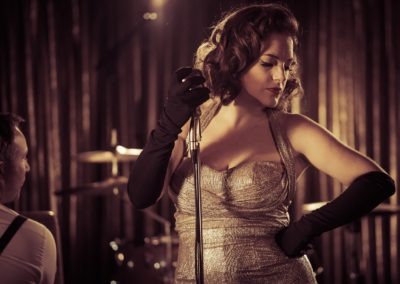 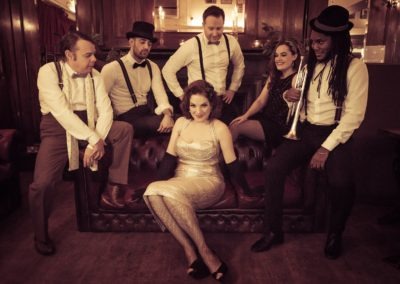 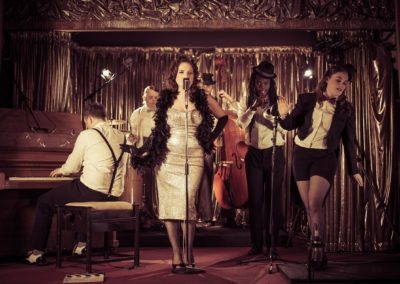 Miss Kiddy and the Cads

Set in a downtown jazz club in 1945 the show introduces the delectable Chicago broad Miss Kiddy in all her pin up starlet glory backed by her infamous Cads… a notorious ensemble formed of the most wanted, the most shady characters on the music scene.

The audience is taken on a musical journey through the life of Miss Kiddy set to a vintage soundtrack of contemporary classics… a great guessing game in itself! As the story unfolds, the individual ‘masfiosa’ characters of the fiendish Cads come to life and the audience warms to this unexpected ‘family’ of jazz rebels.