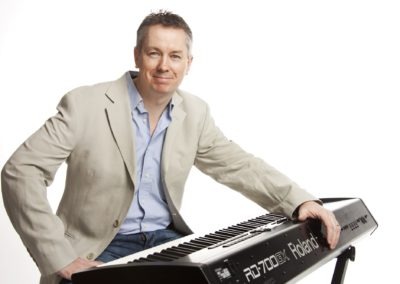 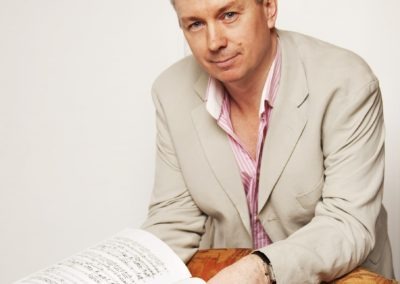 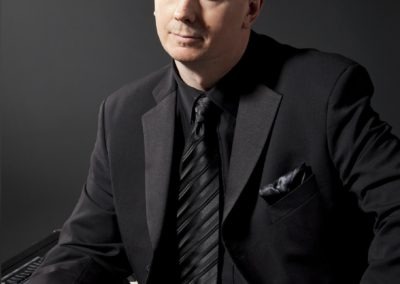 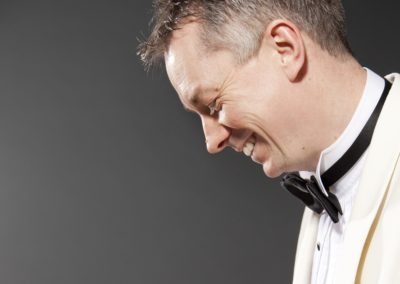 Clive started his musical career playing trumpet and piano in the Royal Marines Band Service. During his eight and a half years in the Royal Marines he travelled extensively throughout the world, often on-board The Royal Yacht Britannia performing for Her Majesty The Queen and other members of the Royal Family. Since leaving The Royal Marines Clive has performed, directed and been recorded in various musical genres including West End shows, Orchestras, Big Bands, Jazz Ensembles and various Commercial/Corporate events and more recently in 2010 has performed and recorded for Sting with The Royal Philharmonic Concert Orchestra on his Symphonicities Tour.

Clive is also busy with Music Production and in conjunction with Nick Pugh and the studio of Session Corner produces albums and music for TV and the stage.  A complete package is available including Arranging, Composing, Recording and Videos for EPKs.

For sale are three albums of his own including a recording of his vocal group, ‘Clive Dunstall’s Voxtet,’ his debut jazz trio album, ‘Notable Impressions’ and ‘Nightingales and Rainbows’ with his wife, soprano Mandy Watsham Dunstall.  All albums are available from this website.

If you're looking for entertainment for a future event, then you're in the right place! With over 40 years experience, we're confident we can provide you with the best in the business ✨ #eventprofs https://t.co/VoKBqdsZ5r

We can't believe it's nearly December already! We can't wait for another busy festive season with events across @TheGroveHotel @Grosvenor_House @CenterParcsUK and more! If you're on the hunt for festive entertainment, give us a call 🙂 #eventprofs https://t.co/zwaAbUuYcE

Jack Pack - Light My Fire (live) https://t.co/9b83pO2A0l via @YouTube playing now ahead of their @LiveAtZedel gig Thursday @jackpack_uk #Sooz will b there with @EssentialEnt up front guys
@meridianfm

Our website or its third-party tools use cookies, which are necessary to its functioning and required to achieve the purposes illustrated in the cookie policy. If you want to know more or withdraw your consent to all or some of the cookies, please refer to the cookie policy. By closing this banner, scrolling this page, clicking a link or continuing to browse otherwise, you agree to the use of cookies.I acceptNo thanksPrivacy Policy